What’s happening within us is intimately connected to what’s happening around us. Rather than being two separate issues, our health and the well-being of the planet is the same issue happening on different scales. With the climate crisis that now confronts us, internal practice like yoga are crucial to addressing the root issues of our rapidly warming planet.

Our usual western view encourages us to see the world through the lens of separation where what happening to us personally is distinct from what’s happening ecologically. From a more holistic, eastern perspective, we can see that what’s happening within us is mirrored in what’s happening around us. Several decades of climate science demonstrate conclusively that the planet is warming. There is a continuous stream of news stories about how global warming is creating droughts, floods and more severe storms. There’s also research that along with this rapid heating the ability of the planet to mitigate the effects of the greenhouse gases we’re emitting is decreasing. The loss of forests, melting glaciers and acidification of the oceans are decreasing the ability of the climate to maintain coolant.

Looking at this dynamic of increasing warming and decreasing coolant through the lens of Chinese medicine a clear diagnosis appears—the planet is experiencing what Chinese medicine calls Yin deficient heat. As Yin is associated with coolant and Yang with heat, global Yin deficient heat indicates that along with rapid climate warming the ability of the planet to maintain coolant has decreased. And using the insights of Chinese medicine, we can also see this very same dynamic occurring within us and within our culture.

In addition to being associated with heat, for us personally Yang is about being busy and active.  And in addition to being about coolant, Yin is our sense of contentment and relaxation. It’s not a coincidence that so many of us in the U.S. are so overstimulated and lack a sense of fulfillment because we’re encouraged to live a Yang excess life which compromises our Yin.

To understand our overemphasis on the stimulating effects of Yang, ask yourself three questions:

1. Is doing better than not doing?

3. Is more better than less?

The fact that so many of us, if we were being honest, value doing over not doing, new over old and more over less speaks to our overemphasis on Yang and undervaluing of Yin. In addition to warmth, Yang is also about being busy, newness and more while Yin is coolant, old and less. Of course, not only do many of us individually favor the Yang parts of our lives over the Yin, western culture encourages us to do so. We’re encouraged to believe that doing and having more things and new things indicates that we’re living a good life. In addition to the ecological consequences of the consumerism that feeds the desire for newness and more, we can see that this Yang overemphasis affects us internally as well. Chinese medicine’s understanding of Yin and Yang allows is to see that personal health comes from balance and that if we are to address the destabilization of the climate we need to address the condition of our internal environment.

Yoga Enlightenment Connects Us to the Planet’s Health

In looking at Yoga, it has a long, well established history of promoting health. In looking at the practice from the view of Chinese medicine, part of what it offers is the development of Yin. While there are many Yoga traditions which emphasis different poses and different aspects of yogic philosophy, one similarity is the emphasis on slowing down, contemplation and holding postures. All of this—the slowing down, the contemplation, the slow movements–promotes Yin internally.

An example of this contemplation and slowness is Yin Yoga, which is a blending of Ayurveda and Chinese medicine. With it’s emphasis on self-awareness and holding postures for several minutes, and as it’s name implies, part of what it develops internally is Yin. And in our era of rapid global warming and with our cultural overvaluing of Yang, the cultivation of Yin is of urgent importance. If we’re to address the rapid warming of the planet, it’s of vital importance that we understand how to create balance internally. Yoga, with its slowness and inward focus, can be an important remedy to address internally the very same Yang and heat excess and lack of Yin and coolant that is creating the climate crisis. 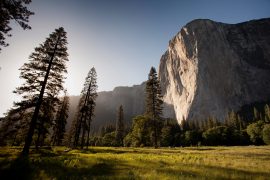 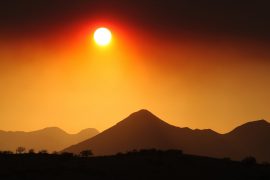 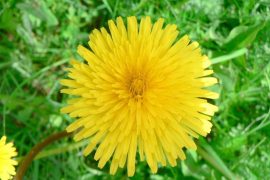 The Yin and Yang of Climate Crisis Review by William Martin 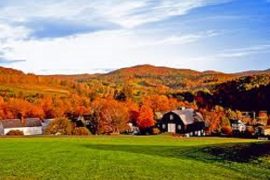 From the introduction of The Yin and Yang of Climate Crisis: Healing Personal, Cultural and Ecological Imbalance with Chinese Medicine

The Gary Null Show – 04.14.16 Featuring Brendan Kelly from Personal As Ecological
Adding Fuel to the Fire: Why Climate War Is Not the Answer 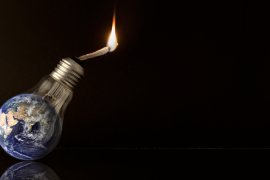